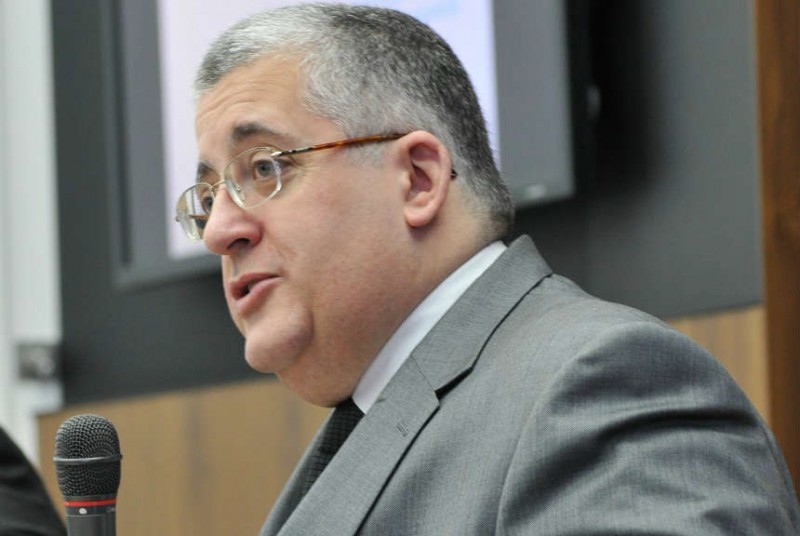 Addressing a direct question on why the vast amounts of European Commission cash thrown at European extractive industry advancement had failed to facilitate more development, he told the opening Mines and Money London panel session that politicians today had a “greater understanding of the issues”.
Having cited several of the extensive programmes executed by the EC already, which have essentially been a broad and intensive data gathering exercise, Rachovides said money had more recently been pointed at issues such as permitting bottlenecks and a more uniform approach to appropriate development in protected areas across Europe.
“European industry is shrinking, not growing,” Rachovides said. “The whole concept that underlies Horizon 2020 is to reinvent industry in Europe – to give it a good dose of CPR – but without raw materials delivery, we can’t do that.”
Though things had been moving slowly, they had at least been moving, according to Beata Staszkow from major Poland-based copper producer, KGHM (GR:KGHA). She said the environmental frameworks within Europe were the best in the world, though this was often overlooked by some who continued to focus on past indiscretions.
“There was a lot of bad publicity from politicians during a time when it was politically correct to undermine the value of the industry,” Staszkow said.
“There is short-sightedness from some politicians who launch these anti-mining campaigns and don’t consider or understand what that can do to the long-term growth of the industry or the overall economy.”
Źródło: Mining Journal
However, she said this was also changing, though largely out of necessity, as the continent grappled with slow economic growth and its material supply challenge.
Meanwhile, Andor Lips from Commodity Discovery Fund said more should be made of the stable politics in Europe and the legislative framework that provides better security of investment than in many parts of the world.
He said there was little conflict, a thriving services sector, and in many European countries miners had access to a skilled workforce.
“Investors are after quality in terms of skills and efficiencies within individual operations – Europe has these operations,” Lips said. “So Europe is doing some things right.”
The issue, again, is a lack of profile and investor awareness of the companies kicking goals in Europe. More is still made of the problems, of which the panel acknowledged, there were several.
Among the usual criticisms for Europe were a lack of administrative competence outside Scandinavia in dealing with mining applications and permits, and strong anti-mining lobbies generally concentrated in the east of the continent.
It seems what the industry is crying out for is a series of success stories in Europe to build on the reputation of firms like KGHM or Eldorado Gold (CN:ELD), which has recently refocused its portfolio to focus almost entirely on Europe.
Despite the progress of Spain in recent years and the established reputation of places like Finland, Sweden and Poland, these success stories may come from places previously overlooked by the mining industry.
The Baltic states were singled out by several panellists as the region most-likely to provide fresh interest and promote mining among the investment community, as well as provide examples to other places in the east of how mining can benefit society.
“The greatest opportunity has to be in the Balkans and places like Serbia, where investors are increasingly looking and there is a growing number of listed mining companies,” Rachovides said.
The marketing push for that part of the world is likely to centre around the Timok project in Serbia, where Nevsun Resources and Freeport-McMoRan are moving forward with separate high-grade copper-gold developments that are likely to be producers on a global scale.
Meanwhile, in neighbouring Macedonia, Euromax Resources (CN:EOX) is developing its flagship Ilovica copper-gold project.
These projects will face plenty of unknowns as they move down the path to production. Should they be developed well by both companies and governments, they will go a long way to enhancing the reputation of mining in Europe.
Should they go badly, they will add to the myriad of cautionary tales those keen to admonish European mining like to regularly recant.